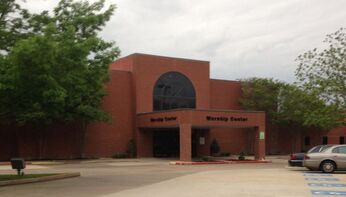 Within only a couple weeks after closing out my work with Habitat for Humanity, one of the Executive Directors for HFH called to share that there was a position in College Station that I might be interested in.  She thought that I would be a good fit.  The position was Business Administrator at The First Baptist Church College Station, Texas ("FBCCS").  I gave them a call, interviewed, learned about the opportunity.  The work was very similar to the other business operations work that I had been doing.  The job appeared to be a good skills match, and it seemed to be a great people-culture, so I agreed to take on the challenge.  But they needed me right away.

I needed to be there no later than 1 December 2019.  That gave us just a few weeks to scramble together a move to College Station.  Fortunately, College Station was only 90 miles from BaseCamp, and we had located an RV park near the church where we could set up FaithCamp.  It was going to be an easier move than we thought.

College Station is home to Texas A&M University.  While the town has a population of about 150,000 during the summer, the head count explodes by about 70,000 when school is in session.  And the number of automobiles on the roads doubles.  Rush hour in College Station is every bit as bad as rush hour in Denver, Colorado.
In many churches, the title of Business Administrator is similar to the role of CFO in private enterprise.  What I learned when I got to my new desk was that the license for their accounting software was being discontinued at the end of the year (in just 30 days) and that a new software package had been contracted.  Unfortunately, the decision to take on new software had not been made at the CFO level, or by any administrator, and the two people who knew the most about the decision and the software had since left the organization.​ 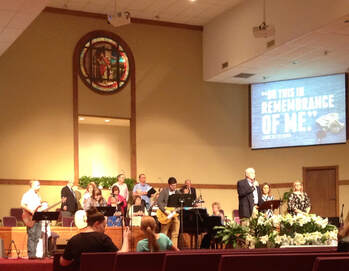 My first task would be to learn the old accounting software, followed immediately by learning the new accounting software.  It was a software package that I had no experience with, so it was OJT on steroids.  In the first 90 days, I worked seven days a week, and most evenings, learning and setting up the new software.  The Financial Assistant was a great help during this time, as she knew all of the legacy codes, departments, ministries, and programs.  She was wonderful!  It took me until mid-April to feel comfortable with the ad hoc Chart of Account and the Restricted and Unrestricted Funds that I needed to set up.  All in all, I was pretty proud of myself for blasting through that project like that!

There was one thing, however.  In mid-March, COVID struck and all large assemblies and non-essential businesses got shut down.  That included First Baptist Church.  Ugh!  I became a work-alone employee.  For months, nobody came in to the church except me (there were a few rare exceptions).  As a result, I had little help learning my new position.  But I rallied and grasped quite a lot from online courses and webinars.  All of that "quiet time" actually ended up being a very productive time for me!
​
In addition to accounting, I was also in charge of Facilities, Operations, and Payroll.  I had discovered in previous faith-based organizations that there is not a lot of focus on business contracts, technology, security, and other operational matters in ministries.  After all it is a church -- the various ministries are the most important responsibility.  Administrative challenges often get little, or only cursory attention.

Over the course of my next couple of years, I played a role (either leading, facilitating, planning, or coordinating) several large projects.  Sometimes there were church committees to help out, other times they were comfortable staying on the sidelines.  There was never a dull moment; it was a busy and fast-paced work environment (I thrive in this type of work atmosphere!).  I took on projects that ranged from an interior and exterior LED conversion, a security camera/burglar alarm installation, upgraded WiFi for the campus, contract reviews for the copier equipment and elevator maintenance, landscaping services, procuring equipment for video-streaming of the Sunday services, as well as negotiating a million-dollar hail-damage insurance claim (to name a few).  Perhaps my most complicated assignment was locating and integrating a new bank card charge system for the church (I went with the PEX system).  That project took about 9 months!

​This was a opportunity that was a lot of fun for me.  The work was right up my alley and there were no "down times" to get bored.  I had hoped that it would go on longer than it did, but I am certainly blessed to have had the opportunity to help them out the best that I could.  They have great people there -- some that I will never forget.  A couple of the Pastors/Ministers made a life-long impact on me in my short time there.  Several members of the congregation (committee members) have become trusted friends, too.


Footnote:  Within a week of finishing up at in College Station, another church had reached out to me to discuss an administrative opportunity.  Thank you, Jesus, for trusting me with these Kingdom opportunities!